Warning: count(): Parameter must be an array or an object that implements Countable in /home/customer/www/facebookfever.com/public_html/wp-content/themes/smallbusiness-cd/functions.php on line 326 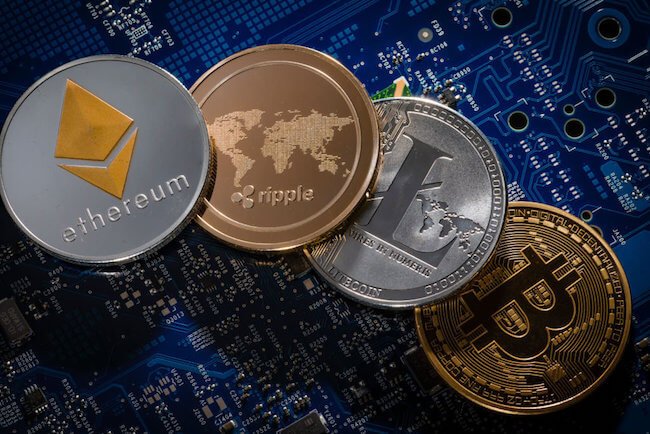 Bitcoin’s market valued toppled nearly by 10 percentages on Tuesday night.  The price fell and came near to $9810 as soon as social media giant Facebook announced that it will be banning all cryptocurrency and ICO [Initial Coin Offerings] advertisements. It may be one of the reasons behind this BTC dump.

Facebook banned cryptocurrency and initial coin offerings (ICO) ads citing “these ads are frequently associated with misleading or deceptive promotional practices”. Though we’ve seen in the starting of this year, Mark Zuckerberg announced Facebook may consider accepting Cryptocurrency and they may integrate Ripple.

Unlike the splurged boom Bitcoin witnessed in early 2017, during December the value started to slump with the announcement of improved regulations. A lot of nascent buyers pulled their plugs on Bitcoin in the fear of losing what they have gained leading to the crash.

Rob Leathern, Facebook’s product manager recently wrote on the Official Facebook blog “there are many Cryptocurrencies that are not currently operating in good faith”; he also added that Facebook encourages people to continuously discover and learn about new things.

The product manager believes that these new policies are very broad and intentional. Leathern also added that Facebook wants to curb the profit-making policy of scammers by making policies strict and transparent.

Facebook rolled a new policy for advertisements on financial products and services, as you can see in the below screenshot. 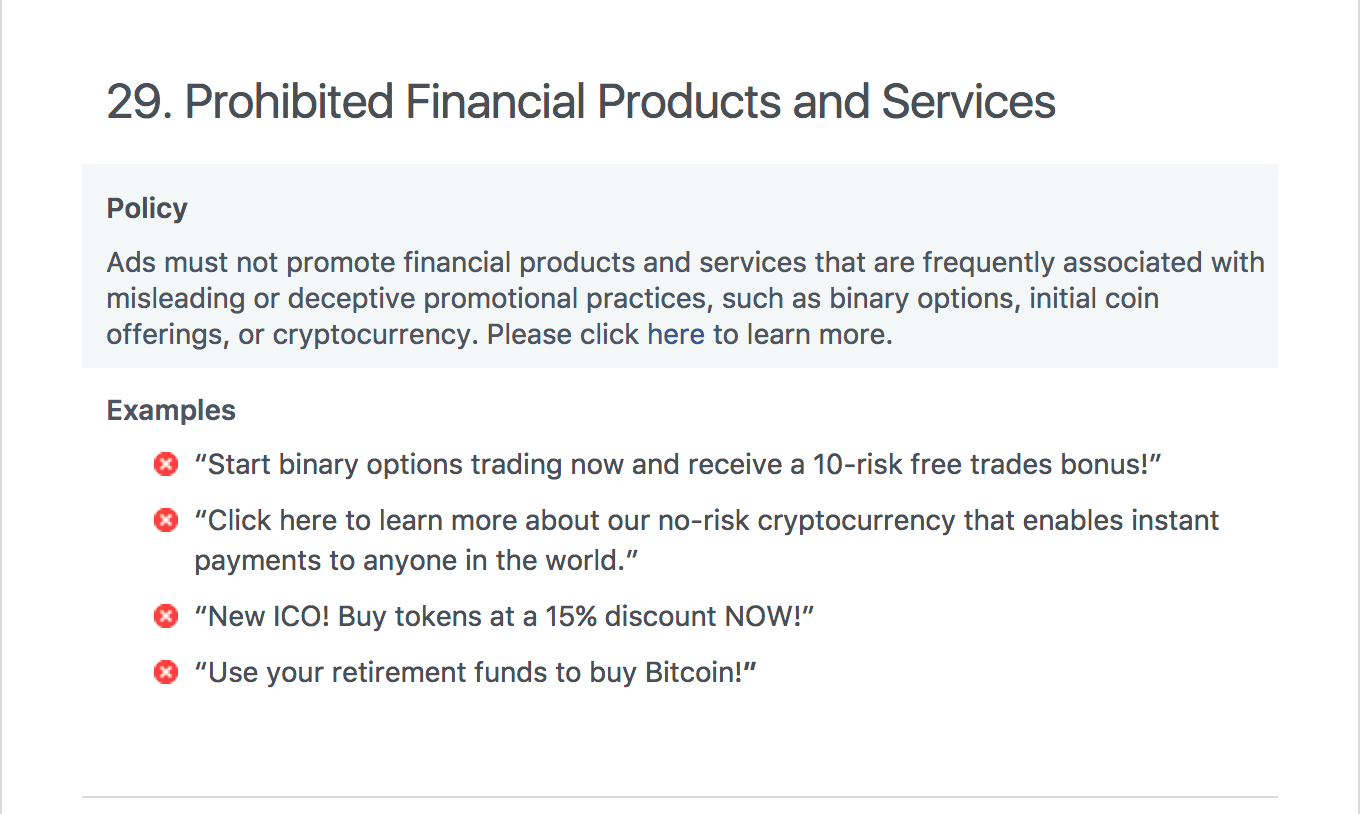 What the ban actually is for and how it is relevant in modern times of Freedom of Speech?

Facebook has over 2Billion users, which makes it the largest online platform in terms of users. With such a vast ocean of audience available for advertising, companies have been pushing in a lot of money. Enterprises have also used the said platform for promoting their new products; which can actually be placed among the specifically targeted audience with great ease. 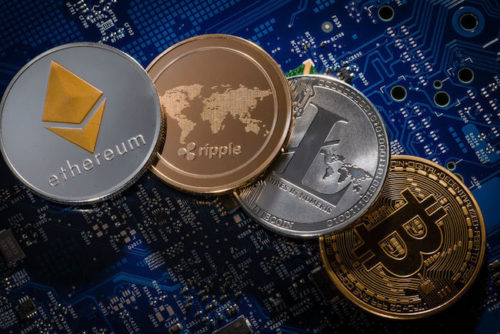 It is also proven that Facebook has helped hundreds of start-ups from around the world in building a base for them. Cryptocurrencies like Bitcoins were vastly promoted on Facebook by agents and dealing companies to create an awareness but the growing regulations and uncertainty about the future of Cryptocurrencies had made people take a step back.

With the growing regulations, Facebook didn’t want to be a golden platform for scammers to promote a particular service that is not in “good faith” and take advantage of curious people.

Facebook also made it clear that it wouldn’t be able to catch all such ads on its own hence they request common people to report such ads.

This ban comes at a time when governments from around the world have started to study the future of Bitcoins and ban them if found misleading. Facebook as a media outlet has a huge influence on the world and this move might be just the end of the beginning for Cryptocurrencies.