We have always heard about the breach of privacy done by corporate conglomerates by accessing the data of users. This creates a major problem for privacy. Facebook has been accused this time again for allegedly giving access to advertisers for accessing the data of the users. Competitive methods have been always used by Facebook to have an upper-foot in the market.

This Wednesday, a British legislator introduced a trail of emails in the British Parliaments addressing the breach of privacy done by Facebook over the years by allowing advertising companies such as Netflix and Airbnb access to the precious and private user data.

The British parliamentary committee released the 250-page documents which gave rise to the debate of the concern of protecting user privacy and the imperative need to boost the revenues of the company. Facebook had claimed that it will be a social media platform which will protect the privacy of the users, but it has now, apparently has used the private data as a bartering item for advertisement revenue. The documents clearly highlighted that Facebook had a “whitelisting agreements” with these preferred advertisement companies for accessing the user data. 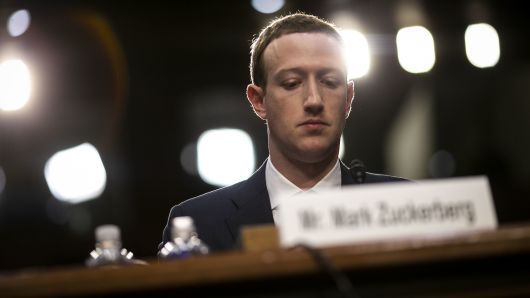 The chairman of the British Parliamentary Committee of Digital Media and Culture, Damian Collins, has executed a meticulous scrutiny of the Facebook dealings of data with the Cambridge Analytica and found certain pieces of evidence and summary which caused a scandal on privacy breach earlier this year.

The documents were kept in confidentiality as it was an evidence in a legal battle between Facebook and Six4three in California. Damien Collins seized these documents from an executive officer of Six4Three. The confiscation of the documents was part of Collins investigative efforts to find whether the social media can manipulate the outcome of elections.

The documents give an insight into how Facebook uses and breaches ethical policies by exercising its hegemony in the social media market.

Collins remarks, ” The idea of linking access to friends’ data to the financial value of the developers’ relationship with Facebook is a recurring feature of the documents,”

The emails in the document vividly mention also mentions the aggressive approach Facebook executes against its competitors. It also raised the question of the revenue resources of Facebook.

Facebook, however, denied of giving the advertisers any preferred access to user data and remarked that the released document was “only one part of the story”.  The social media company further gave a statement saying, “Like any business, we had many internal conversations about the various ways we could build a sustainable business model for our platform. But the facts are clear: we’ve never sold people’s data”.

The question of ethical breach of privacy is constantly mentioned in the document and the lawsuit of Six4Three. Has Facebook changed its practices to being a revenue oriented social media platform at the cost of users data? Are these steps mandatory to sustain the company which had a dip of 40% in its share prices in July amidst the large pool of competitors?