Facebook’s stickers, which were introduced to Facebook Messenger in 2013, are now available in comments on posts, group posts, and event.

It has been officially declared and affirmed that the comments on Facebook will be seen with the featured stickers henceforth. Software engineer Bob Baldwin has adjoined a post on Facebook that announces the addition of stickers as a delightful and amusing aspect of the social network platform. He personally feels stickers will allow people to reply to a variety of posts in a more fun way than words alone”.

The use of the stickers is very easy. According to the blog post written by Baldwin, the smiley face icon appearing at the bottom-right corner of any field holds the array of various stickers introduced by the hackathon project at the moment. The stickers are now available to all posts that the people on Facebook will like to share and send. Just by tapping the smiley face icon, one can choose the best sticker that is required on a particular occasion. From cheering up friends to congratulating a colleague to grave news, all are presented with a unique sticker by Facebook developers.

Baldwin has also added that the inclusion of stickers for comments has been his third venture at hackathon project to add richer content to the posts. Going by the success of the last two ventures that introduced emoji and photos, Baldwin is confident about the acceptance of stickers by Facebook users.

In congratulating words, Baldwin thanks all members who helped him to build the new venture. He remembers the first step when a prototype was built for Web in a single night. It was mainly for experimenting through the reaction of the employees which later turned out to be a great success. The stickers have been built for mobile applications as well and have been developed for iOS and Android as well.

So now when you open your Facebook page you are sure to be greeted with these little stickers that wait to be shared and propagated. However, some users reported, they don’t like the stickers much in comments as instead of writing something people just tap and put anything. So, some of our friends out there, came up with the browser extensions to get rid of Facebook stickers in comments.

With the introduction of stickers, the comments will be immediately visualized even without reading it. Now, you can express the feelings with a bit more graphics and color in groups and events as well. What do you think, will you use Facebook sticker or a photo while commenting on a post? Do share with us in the below comment section. Stay subscribed to our Free updates to get latest Facebook Updates directly in your inbox. 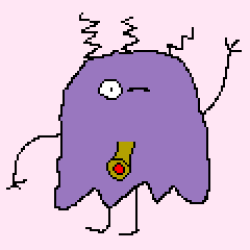