Warning: count(): Parameter must be an array or an object that implements Countable in /home/customer/www/facebookfever.com/public_html/wp-content/themes/smallbusiness-cd/functions.php on line 326

Pin it
At last Facebook has officially launched the Final Desktop Chat Client – Facebook Messenger For Windows. Yeah, it was previously launched for testing purpose and the download link leaked before launching its official link. Today,they have launched its out of beta version officially. 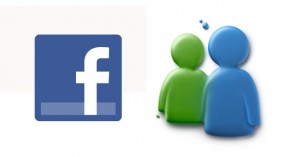 Facebook Messenger is the latest Application from Facebook that allows you to chat and to send messages with your Facebook friends, to see the updates from your friends in a ticker and gives you your latest notifications on your desktop without going to Facebook website. You can stay connected with your friends while doing any work on the PC.

Also Read: How To Chat On Facebook From Mobile [Full Guide]

Currently Facebook Messenger is only available for Window 7 users. Hope they will come out for Windows XP, Windows Vista, Mac or another operating system soon. Although they have said that they are busy in giving a way to Facebook Messenger for Mac now – As added by TechCrunch. Facebook Messenger have lots of options such as chatting with many friends, video calling, editing of settings and a user can go offline to particular user or group of user.